Spire recently focused on a campaign of contributions to nonprofit organizations honoring fallen Special Operations heroes killed in action. As veterans, Spire owners Jacob Torriere and Joseph Torriere wished for the campaign to call attention to the true meaning of Memorial Day, the bravery and sacrifice of fallen warriors, and the multiple dedicated nonprofit organizations continuing their legacy with heroic acts of giving.

Lieutenant Michael P. Murphy, known as “Murph,” was born May 7, 1976 in Smithtown, NY, and raised on Long Island. He grew up finding success as both a student and an athlete. After attending Penn State and receiving acceptance to several law schools, he decided instead to become a US Navy SEAL. After successfully achieving his goal in 2002, he began a series of Special Operations deployments in Iraq and Africa. After demonstrating his strong leadership and competence, he was deployed to Afghanistan to support Operation Enduring Freedom in 2005.

On June 28, 2005, Lt. Murphy was officer-in-charge of a four-man SEAL team on a reconnaissance mission to locate a known terrorist. The mission was intercepted by goat herders who spotted them and reported their location to Taliban fighters. As gunfire ensued, Lieutenant Murphy put himself at risk by entering open terrain to transmit a call for help for his men. Despite a shot to the back, Lt. Murphy completed the call and continued the fight to protect his men. A battle ensued with casualties on both sides. Lieutenant Murphy, along with 2 of his men and several men in the rescue helicopter that was shot down, was killed in action. The call made by Lt. Murphy, however, led to the rescue of one SEAL and the recovery of the remains of the other 3 men.

According to his family, “Murph” was a literary enthusiast, and his favorite saying was “education will set you free.” Hence the family’s decision to memorialize and continue his legacy by providing educational scholarships to other focused and driven young people like him. The funds are raised by donations as well as The Murph Challenge. In partnership with Forged since 2014, The Murph Challenge has grown to become a popular workout challenge with official hosts throughout the US. Well-known among CrossFit and other gym and fitness enthusiasts, the challenge is preceded by an intense physical training schedule leading up to the actual challenge.

Due to t-shirt sales and crowdsource-style hosting options benefitting the foundation directly, the fundraising has been able to continue during the pandemic. In 2020, the foundation raised more than $250,000 to finalize the construction of the LT Michael P. Murphy Navy SEAL Museum/Sea Cadet Training Facility in Long Island, NY. Additionally, the foundation was able to award 32 more scholarships.

The LT Michael P. Murphy Memorial Scholarship Foundation was created in 2007 by the late Navy SEAL’s parents and brother, 2 years after Michael was killed in action in Afghanistan during a 2005 Special Operations reconnaissance mission in support of Operation Enduring Freedom. An avid reader, Michael had earned a double major at Penn State with Bachelor of Arts degrees in political science and psychology. The scholarship foundation was born as a natural extension of Michael’s legacy of scholarly appreciation for education and literature. The foundation’s success, funded through donations and The Murph Challenge annual fundraiser, has led to approximately 30 scholarships awarded annually and the construction of the LT Michael P. Murphy Navy SEAL Museum.

Spire Recovery Solutions, LLC was founded by U.S. Veterans Joseph Torriere and Jacob Torriere. Spire is located in Lockport, NY, is a professional, nationally licensed full-service debt collection agency that assists creditors in the recovery of outstanding balances while providing consumers with exceptional customer service. Their company’s customized processes and state-of-the-art technology provide transparency and compliance that clients and consumers trust and rely on while working together toward account resolution. 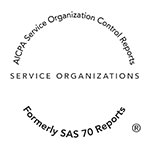 We do not provide language access services or translation of any communications into a language other than English. A translation and description of commonly-used debt collection terms is available in multiple languages on the NYC Department of Consumer Affair’s website, www.nyc.gov/dca.

This communication is from a debt collector. This is an attempt to collect a debt and any information obtained will be used for that purpose.